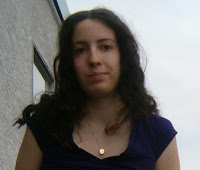 War of the Soulites is the first book in Natasha Bennett's trilogy and was recently published by Lyrical Press. Natasha lives in British Columbia, Canada with her fiance and two cats and loves to hear from her fans.
**********************
Who is the one person who most encouraged or influenced you to be a writer—and why?

My mom is the first person who influenced me to be a writer, being a writer herself. Fortunately she writes non-fiction, and I write fiction, so we don't clash.


How long have you been writing? In what genres do you write?

I've been writing for the past ten years. When I was a kid in high school, I would write these fantasy stories while my history or science teacher spent the whole hour talking. They just assumed that I was taking notes. Of course, I didn't do too well in those classes. Over the years I've written science fiction as well, but my favorite genre is horror. In my opinion, the very idea that the main characters in a novel could suffer a horrible death gives them far more freedom than any other genre.


Who is your favorite author and why do you like his/her work?

My favorite author is Stephen King. The amount of detail he can put into a book is just incredible--he can easily spend five pages describing a street or a house. I've also found his characters to be the most interesting I've ever read.

For me, the biggest challenge is trying to find time as a writer while working full-time at a retail store. In addition to this, I also do a bit of web design and I'm also planning my wedding for next year. Some days, it can be difficult to juggle four things at once.


What is the title of your most recently published book? Briefly tell us what it’s about and let us know where we can buy it.

Recently my novel War of the Soulites was published by Lyrical Press. It's a science fiction e-book which centers around a crew trapped on a broken ship and lost in hostile alien territory. To add to their troubles, some of the crew are also controlled by a corrupt government, prompting a lot of internal conflicts.

At the moment, I have a contract for War of the Soulites 2, and I expect it will be released in late 2010. In addition, I am also working on a new paranormal novel which is still in the beginning stages.


Writers, especially new writers, are always looking for tips and helpful information. What is the single most important “tip” you can give to a new writer?

Be patient. Most agents and publishers receive thousands of queries per day, and you will face a lot of rejection. Always do some research on where you're submitting your manuscript. Many writers have been scammed by publishers who demand money to publish your manuscript. Predators and Editors is a good reference for writers.


Do you believe that membership in writer’s organizations has helped your writing career?

That's a tough question to answer. I have several online groups which have helped me over the past two years, but it was hard for me to join any group locally. For starters, it usually conflicted with my work schedule, and I would shy away from the more organized groups which needed membership dues. So my short answer is, 'Yes, I believe it can help people. Just not me.'

Being published is the best feeling I ever had. However, the workload certainly doesn't stop. If anything, it increases.


What are the addresses of your website(s) and blog(s):