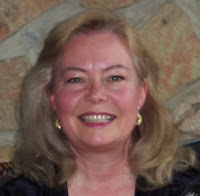 Krista Davis lives and writes in the Blue Ridge Mountains of Virginia. Her third Domestic Diva mystery is scheduled for release in February. The 1st book in the series was nominated for an Agatha!

Who is the one person who most encouraged or influenced you to be a writer—and why?

I'm really not sure I can blame, er, credit just one person. I was very lucky to have teachers in grade school and high school who encouraged me to write. I have vivid memories of writing plays in the fifth grade that were performed for my class. But I think my parents may have been the biggest influence, simply because they loved to read. Books were a big deal at our house, as were regular trips to the library.


How long have you been writing? Do you write only mysteries?

I wrote a lot when I was in school. During my college years and beyond, I drifted away from fiction and came back to it seriously about fourteen years ago.

I love mysteries, so I lean very strongly in that direction. I've written some screenplays, but no matter what I write, a mystery always seems to creep into the plot!


Tell us about the theme of your Domestic Diva Mysteries. What prompted the idea?

One of my manuscripts was busy garnering rejections when I had an idea for a cozy. That one didn’t take, and neither did the next one, but in the process, my (current) editor asked a question that sent me in search of some popular magazines. It was in the drugstore that I realized the Martha phenomenon had created a counterculture of busy women who want delicious meals and charming homes without all the fuss. Who has the time or inclination to build a smokehouse in the backyard or grow live grass for Easter baskets? Thus the two divas were born. Sophie, who loves to cook and entertain but keeps things simple, and Natasha (one name please, like Cher), who thinks she’s the Martha of the South and doesn’t understand why everyone doesn’t spend months growing topiaries and hand embroidering napkins for guests.

Keeping at it when there was no sign that I would ever make it to publication. It was a long road, full of rejections, and precious few encouraging developments. Some of my writing friends like to say that writing isn't for the faint of heart. Until you're published, there aren't milestones by which you can gauge your progress and know that you're getting closer, and that can be very discouraging.


What is the title of your most recently published book? Briefly tell us what it’s about a

nd let us know where we can buy it.

In The Diva Takes the Cake, Sophie Winston's sister, Hannah, is getting married. Sophie planned the wedding, but she didn't plan on finding the groom's ex-wife murdered! Now everyone wonders: will the killer be seated on the bride’s side, the groom’s side, or will he be standing at the altar?

The Diva Takes the Cake is available at independent bookstores and chain bookstores everywhere, as well as on-line bookstores.

The Diva Paints the Town will be out in February. This time, Sophie discovers a body in an old mansion that is being renovated. But when she calls the police, it has disappeared!

At the moment, I'm working on a Christmas book that will be released in December 2010. Sophie's family is back in town for the holidays and I'm having a lot of fun writing it. So far, it's untitled. I've been singing Christmas songs to come up with a good title that begins with The Diva...hmmm...The Diva Cooks A Christmas Goose? The Diva Dashes Through the Dough?

Writers, especially new writers, are always looking for tips and helpful information. What is the single most important “tip” you can give to a new writer?

Join writing groups in your specific genre. I can't tell you how helpful it is to be able to communicate with other writers. Not only can they answer questions and give you guidance, they're so wonderfully supportive. Writers don't get a lot of positive feedback, and then they're hit with rejections, which feel much more personal than they are. It's incredible to have friends who understand the angst and frustrations.

I want to emphasize, too, that it's important to look for a group in your genre. As super as your other writing friends might be, those who read and write your genre will be the most helpful.

Malice Domestic is a convention that is held every year around the first weekend in May. It's a wonderful convention, geared to cozies and traditional mysteries.

For aspiring mystery writers, I heartily recommend The Guppies (the Great Unpublished http://www.sinc-guppies.org/), a chapter of Sisters In Crime. They offer critique groups as well as sub-groups for specific types of mysteries. It's an amazingly supportive and friendly group.