Harry Bronson is a retired Dallas police detective who finds himself investigating several murders while vacationing in South Dakota.  He meets Linda Randig, whose parents and husband were recently murdered.  He offers to help her prevent her son and grandson from being harmed by the same people who killed the rest of her family to motivate her to drive cross-country to Minnesota--for purposes to be disclosed at a future date.

Bronson hooks up with his former partner and, as the investigation continues, local police accuse Bronson of being responsible for the additional bodies that begin piling up.  As Harry races against the clock--and leaves his wife behind at the campground where she is performing with a theater group--he manages to encounter a variety of unexpected twists and turns in an investigation that soon comes to involve an intriguing case of corporate espionage.

Although I didn't find myself being as engaged by the characters as I would have liked, the plot kept me turning pages.  A variety of secondary characters added depth to a story that, at times, lacked motivation.  For example, Harry got himself involved in a number of physical altercations that--as a retired cop--he should have known better than to step into.  The ending, however, was very well-motivated and entirely unexpected.

Publication is the holy grail for many aspiring writers. Publication is validation, recognition, money! (Pennies are still money, right?) It’s all of that and more...and less.

When I started writing full-time almost six years ago, I had my gaze firmly set on publishing a mystery. I tend to be goal oriented—some friends might use the terms “control freak,” or “Type A poster child,” but I’m pretty sure they mean it in a good way. So, “Write a good book” was too amorphous a goal. How would I know if it was “good”? Why, if someone published it. So my goal became “Have a publishing contract on a book within two years.” Mwa-ha-ha. That’s the sound of the publishing gods laughing at my hubris. Two years came and went and I had a completed manuscript, but no agent and no publishing contract.

So I worked on the manuscript some more and started a sequel. Agents began requesting the whole manuscript (especially after I cut about one-third of it) and I finally signed with a wonderful agent. Hallelujah, I thought. I might be behind my time-line a tad, but I was within sight of my goal of publishing a book. Cue evil laughter. My agent was unable to sell the manuscript she signed me on and it took another two years for us to land a contract, a three-book deal for the Southern Beauty Shop series, the first of which, Tressed to Kill, debuted in May.

Goal achieved, right? Well, yes, and I celebrated with family and friends. However, somehow the goal had morphed and it was no longer about publication, it was about sales. Merely getting published wasn’t good enough anymore—“Is she a total loony?” I hear some of you asking—and I let myself be sucked into the black hole of promotion and marketing. I have stopped short of checking my sales ranking on Amazon every week (I’ve only checked it a handful of times, primarily because I can’t figure out what it really means), and I haven’t yet hired actors to read my book in public and pretend to find it hysterically funny (I read last week about an author who did that), but worrying about whether I’ve done everything I can to promote the book is using far too many of my age-reduced brain cells. It’s keeping me from enjoying writing. It’s making me think about setting up a couple of bookstore signings on my family’s cross-country vacation this summer. Puh-leeze, as my tween-ager would say (frequently with an eye-roll).

Enough. It’s time for a new goal. Yes, it’s fuzzy and no, I can’t quantify it, but I’m as okay with that as I can be. Here it is: Write a good book. That’s it. No riders about time-line, sales figures, or getting starred reviews. I’m posting it over my computer right now. Oops . . . I’ve already added a sub-goal: Enjoy it.

You can visit Lila Dare at http://www.liladare.com/.
Posted by LINDA FAULKNER at 9:00:00 AM No comments:

"Paranormal is Nothing New" - a guest post by JOYCE LAVENE 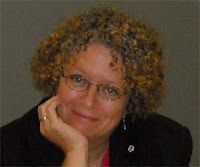 Many people look at the paranormal leanings of fiction right now – vampires, werewolves, witches and zombies – and wonder what’s going on. Why are people so obsessed with ghosts and supernatural lore?

This isn’t the first time an entire generation of people have craved fiction –and nonfiction – about things they couldn’t explain. At the end and beginning of each century as far back as anyone would care to trace, the same thing has happened.

At the end of the last century and as far into the next as the 1930s, people craved ghost stories and fearful supernatural tales. It was the time Dracula and Frankenstein were born and raised to star status.

The United States and Europe were amazed at the wonders of mediums and many attended séances on a regular basis. Even Mary Todd Lincoln, wife of President Abraham Lincoln, held séances at the White House. People looked at photographs of ectoplasm and fairies for the first time.

The century before that, Freemasonry was rife in the U.S. with all its mysticism. From the late 1700s to the early 1800s, Gothic fiction was popular. Edgar Allen Poe, H.P Lovecraft and others were writing about ghosts and phantasms too awful to contemplate.

From the last 1600s to the early 1700s, the Salem Witch Trials were taking place in this country. You can bet there wasn’t much paranormal literature (or reading) going on at that terrible time in history. Driven by tales from several young girls about witches, familiars and evil spirits, hundreds of people were arrested and interrogated, sometimes until they were dead. Dozens were put to death for their crimes.

Our current fixation with devils, demons and the like is related historically to these times. At the end of each century, there has always been the fear that something terrible was going to happen, that the world would not go on. People fled to caves and hid in their cellars at these times – and they invented supernatural lore to help them deal with the things they didn’t understand.

In some ways, people have always been right about these time changes being the harbingers of something bad. Every generation also experiences a terrible war at the end and first few years of new centuries. Spiritualism became more popular at the end of World War I when thousands wanted to speak to their dead loved ones one last time.

In the face of real and present danger today from a poisoned environment, war, financial ruin and hardship, the danger from bloodsucking vampires doesn’t sound too bad. Or maybe, it sounds so bad that we can be glad we’re not really there.

And at least this time around, we aren’t really killing witches – just writing about it!

You can visit Joyce at her website http://www.joyceandjimlavene.com/.  As always, it's been a pleasure having Joyce visit us.
Posted by LINDA FAULKNER at 9:00:00 AM 1 comment:

This is the week, kids.  Yes, I'll resume publishing this week.  Joyce Lavene, a previous contributer to the blog is going to kick things off with her Guest Post on 6/23.

Keep checking back, I'll be having lots of interesting stuff.  I'm planning to post two new book reviews in the near future, as well.
Posted by LINDA FAULKNER at 7:09:00 PM 2 comments: