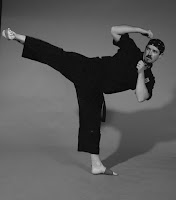 Your book, BILLY: MESSENGER OF POWERS, wasn’t published in the traditional way. Tell us why not and how you accomplished getting it into the hands (and ears) of the public.

BILLY: MESSENGER OF POWERS was not published in the "traditional" way mostly because I got tired of killing entire rainforests with query letters. Not only that, but due to the fact that most "traditional" publishing houses require that you send them the book one at a time (no sharesies!), that means that each rejection takes six months to a year... time during which I'm not really allowed to do much with my book other than cause the ink to run with the my unrequited tears. Also I dropped my soda pop on it, which may have had something to do with the ink running. But mostly it was the tears thing.

In addition, I also published it as an e-book because (not to sound like a snot but...) EVERYONE who read it loved the thing. I figured I'd be able to move the product myself, and if that was the case, why share so much of the profits when I'm doing all the work? It seems to be working so far. The book is selling well for Kindle on amazon.com, and it is the Number One Highest Rated book at smashwords.com (which has thousands of books, so it's not like I'm number one of three or something, though that would be cool too). 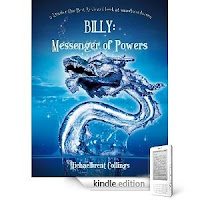 So... I'm not a bizillionaire yet, but I've definitely got my eye on a small private jet that has my name all over it. Speaking of which, it turns out that spray painting your name on a jet goes under the heading of "graffiti" rather than "marking your territory." Word to the wise.

And, not to make ALL this irrelevant, but in addition to the e-versions that are out there, Billy actually is coming out in print form in a few months. It's all part of a little plan I call "Gradually Taking Over the World."

You wear many hats: writer, screenwriter, attorney, black belt, father and husband. (I’m sure I’m leaving out about a dozen others, as well.) Do you compartmentalize these portions of your life or do you blend them together? Share with us the secret of your serious multi-tasking abilities.

I blend everything together in a very compartmentalized way. Which sounds funny, but it's actually true. When I'm a writer, I'm generally not punching something. When I'm doing martial arts, as a rule I try not to take my laptop to fights. And of course when I'm a father and/or husband I try to avoid punching AND writing since the other people involved feel hurt and/or ignored and/or a need to go to the hospital. But at the same time, you can't keep things completely separate. Billy: Messenger of Powers, for example, is a Young Adult fantasy novel. So there are dragons and mermaids and such. But some of my favorite characters are the Kung Fu Cleaners, a group of obsessive compulsive rock monsters who clean everything they can... and also know karate. Obviously I got that from a combination of having to clean house and do karate on my kids - er, I mean, encourage them with love to learn how to clean their rooms.

So everything stays apart, but everything comes together. It's very deep and I'll give you a minute to think about it and also now's a good point to take a bathroom break if you want.

What is Writer’s Block and how do we avoid it? (Didn’t you write a book about this?)

Why yes, I DID write a book on that (funny you should ask!). The book is called How to be a Writer, and it's available at amazon.com and smashwords.com as well. It's more of an essay than a book, but the point is that I think writer's block is really more ofa dsf a'dsfkja'sdna;gua[rp'tj'a bx ag'agk.

Now, the above may seem like nonsense, but it's really code. Because if I TELL you, WHY WOULD YOU BUY THE BOOK? Also, I'm going to do a guest blog for this wonderful website, and I'll be talking about that very subject in the blog, so if I tell now, why would you read the blog? Sheesh.

In the short duration of our “relationship,” I’ve sensed a thread of humor in everything you say and do. How important do you think having a sense of humor is to a writer—and why?

First of all, I told you not to tell anyone about our relationship! My wife just wouldn't understand! To say nothing of my three mistresses and a couple of very protective sales people who work at Baby Gap (don't ask). But social faux pas aside, I don't know what you're talking about. I think Mr. Spock said it best when he said "Emotion, Captain? I don't believe I understand the question." That was in one of the Lost Episodes (as opposed to an episode of Lost, which is totally different).

But seriously (as if THAT boat hadn't sailed long ago), I think a sense of humor is critical. The line between horror and humor is very thin. So humor is a necessity if you're going to place yourself in a position where anyone can take a shot at you. Sure, most of the time people love me and my work. Sure, I'm attractive and some would even describe me as "billionaire playboy." But once in a while there is someone who doesn't like my work, or me, or my family, or the ground I walk on. And in that case I have to have a sense of humor about it. Which is why I tell knock-knock jokes right before I shoot those haters.

If you could play badminton with one historical figure, who would it be – and why?

Probably Ghandi. 'Cause I'd point out that if he beat me it would be like he was engaging in warfare and so while he was off on a hunger strike I'd WAIL ON HIM! Either that or Gumby. I know, a lot of people don't count him as a historical figure, but that would be the perfect way to prove all those doubters wrong!  [Blog Hostess Comment:  "Since I remember him from my childhood, and I've passed middle age, that makes him a historical figure."]

If you had to write something for your tombstone, what would it be? P.S. it has to be something true.

I'd love it if I could truthfully write 'Michaelbrent Collings - not perfect, but got a little better each day.'

P.S. This is also a good question to ask people on a first date. Nothing like talk of death to reel the right one out. It's how I got my wife. That and the proper administration of some sedatives at just the right moment.

What are the addresses of your websites, blogs, and other online presences?

Well, I'm fairly ubiquitous. So here they are (you asked).

http://www.whoisbillyjones.com/ - it's the "official" site of all things Billy Jones and has had over 1/4 million hits. It links to places you can get the books in e-format as well as linking to a place where you can get a terrific audio version of the book done by a really dynamite guy named Andy Bowyer (he's at abvoices.com - get yours today!)

http://www.amazon.com/s?_encoding=UTF8&search-alias=books&field-author=Michaelbrent%20Collings - this is where you can see the list of all my books available for Kindle on amazon.com. Billy is there, along with a couple of fairy tales, and some nonfiction work

http://www.smashwords.com/books/search?query=michaelbrent+collings - this is where you can get my books in other e-formats. Like I said before, Billy is currently the number one highest rated book on the entire site, and that and two of my other books hold the top three spots in the highest rated children's books category. Yee-haw!

http://www.whoisbillyjones.com/mylittlethoughts - this is my blog. It's got a lot of rambling and no coherent throughline, but if you want to know what Voltron has to do with parity of the sexes, or why email is the devil, or why I miss Action Men (this makes sense only if you read the blog), then My Little Thoughts is the way to go.

http://www.facebook.com/pages/Michaelbrent-Collings/283851837365 - my Facebook fan page where (if you click "Like") you can get heads-ups on my writing adventures, first notifications of new blog entries at My Little Thoughts, and a bona fide Thought For The Day ("TFTD") that is guaranteed to amaze and astound or your money back.

There's actually more, but let's face it, I've put you through enough for one day. Plus, you still have my Guest Blog to fear - er, look forward to. [It's scheduled for 7/14, folks!  - LF]  Always leave them wanting more... Or, in my case, always leave them. At least, that's what my mom said right before she booted me out of the house. (Just kidding, she had the cops do it.)

Thanks for letting me bend your ear a bit. Happy reading!
Posted by LINDA FAULKNER at 9:00:00 AM